About The Lori Haber Buckfire Foundation

Lori Haber Buckfire was born in Brooklyn, New York. She grew up in Michigan and attended Andover High School in Bloomfield Hills, Michigan. Lori graduated from Arizona State University with a bachelors degree in Art and lived in Los Angeles for ten years before returning to Michigan. Lori was diagnosed with Stage IV ovarian cancer in May, 2005, eight weeks after giving birth to her son Hayden, and she passed away from ovarian cancer in July, 2010. The Lori Haber Buckfire Foundation was created in Lori’s memory.

Despite her long battle with cancer, Lori did not let her illness diminish her zest for life or her ability to live in the moment. She gave numerous speeches, raised money and awareness for the fight against cancer, and counseled many others who also were battling cancer. Lori rarely felt sorry for herself. Each struggle filled with pain and fear was answered by joy, hope, courage, and the will to make every good moment last. 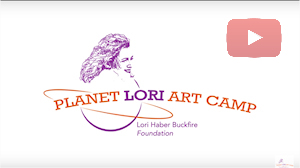 A BRCA gene mutation is a genetic defect which increases the risk of developing breast cancer, ovarian cancer, and other types of cancer. This genetic defect is often found in the Ashkenzi Jewish population (those of Eastern European descent), but is also commonly found in other populations. Women with a BRCA defect have a 33 to 50% chance of getting breast cancer by the age of 50, which rises to 87% by age 70. The chance of getting ovarian cancer is 27 to 44% by age 70. Lori Haber Buckfire, her father, and her aunt all passed away from BRCA related cancers. For more information on the BRCA gene, please visit the FORCE website at: http://www.facingourrisk.org/ or Beaumont Hospital Genetics Program: http://cancer.beaumont.edu/genetics